Surviving the Youth Unemployment in Canada

Youth unemployment in Canada is on the rise. For the age group between 15-24 year olds the unemployment rate is 15%. The last best month was September 2008 right before the economy tumbled into the recession

I entered the professional job market in the spring of 2005 right after I finish a one year post-graduate program at Humber College located in Toronto. I had an advantage over others in my industry because I picked a program that had a paid co-op so I was able to gain hands-on experience. The company I was with hired me and the other three people I was with. I believe most, if not all, of the students in my program got hired.

Fast forward only a few years later, it was apparent that unemployment rate in Canada was on the rise. Students from my program and similar programs from other schools were doing their co-ops but not getting hired back on. This wasn’t just unique to my company, but all companies in my industry.

How to Survive the Youth Unemployment in Canada

My local newspaper the Toronto Star featured a series on youth unemployment in Canada the first week of December 2012. It featured an article on Trades Part of Solution to Youth Unemployment which you can read in full here.

There’s a high employment rate in trades- carpentry, electrician and construction trades for example. In the past working in trades was often considered “second best” verses a corporate white collared position. Things have changed. People who work in these fields make quite a nice salary and can avoid wearing a “stuffy” suit all day.

It was also pointed out that often individuals who go the trades route after finishing a post-secondary education in an unrelated field end up being happier. Why is that? They reported enjoying working with their hands and felt pressured to go to university/college from their parents or teachers. 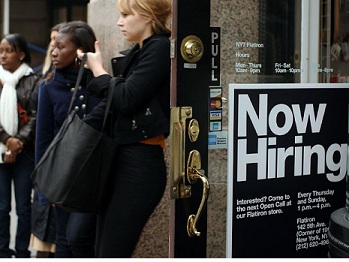 Canada Should Follow Germany, Switzerland and Austria with Youth Employment

This same article talked about what German, Switzerland and Austria handle the employment of youth in their respective countries. How it differs from Canada is that employers and schools share responsibilities with training the students. Employers influence what is taught in the schools. And employers only hire enough staff to fill their needs. Which means they are training for jobs that actually exist.

What a great idea!

Although the article mentions that Canada is trying to adapt this same principle it was reported from 2009-2010 that in Ontario (my home province) one-third of youth are not employed in their related field. I’m sure a lot of them feel they wasted money and were betrayed.

If you’re someone looking for work right now don’t give up. Try to stay positive and start getting creative. Contact us, we’re here to help!

Click here for more tips to be on the winning side of youth unemployment in Canada.

Back to SMART GOALS FOR SUCCESS homepage.

Don't be too quick to get offended! The views on this website are soley those of the author and not necessarily those of any past or current employers. Copyright © 2009 - 2013 smart-goals-for-success.com


Don't be too quick to get offended! The views on this website are soley those of the author and not necessarily those of any past or current employers. Copyright © 2009 - 2013 smart-goals-for-success.com